While being stranded at sea is unlikely, there’s still a way to get that much-needed water. It’s called the Raincoat method of desalination. 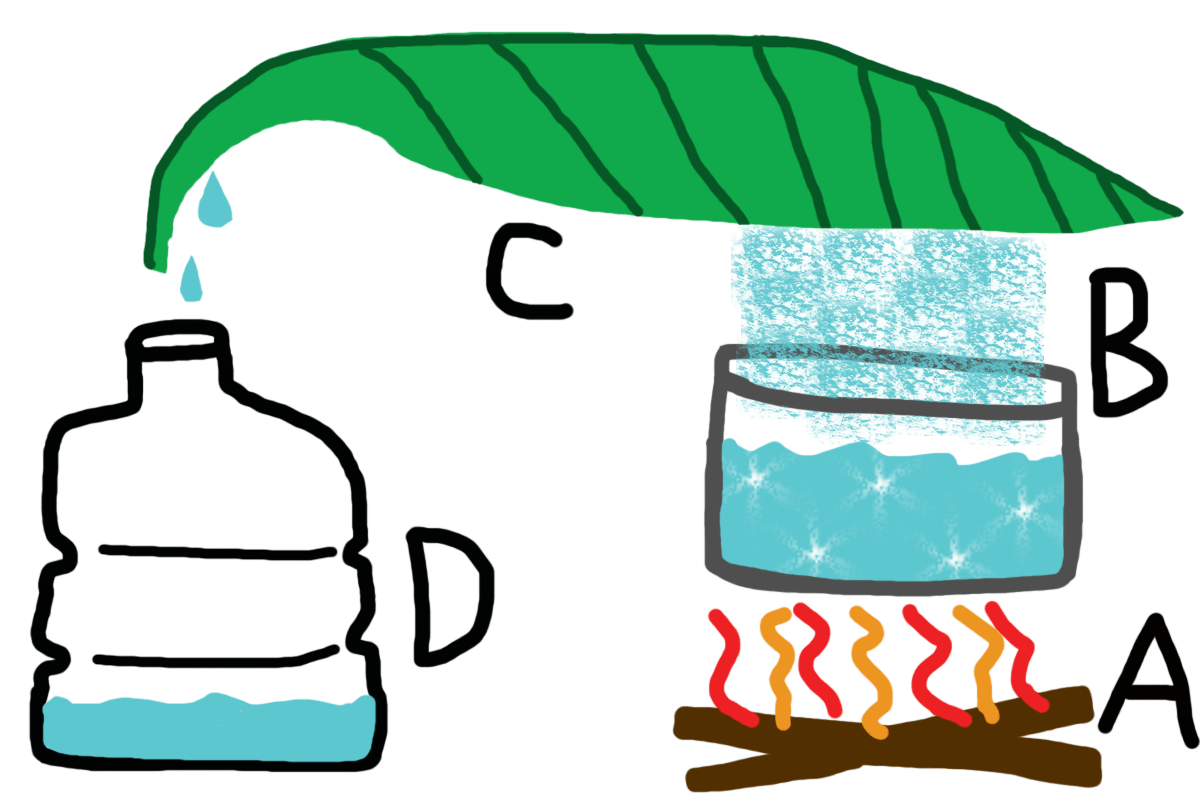 The main premise of the Raincoat method is to boil water. So we need heat! If you’re fortunate enough, you might have a portable grill or another heat source. If not, a simple fire will suffice.

Using a container that can handle high temperatures, such as metal, boil the water until it evaporates. Easy enough. The idea here is that when it evaporates, the water vapor will leave the salt behind. So don’t be surprised if you see crystals left over.

This is the “Raincoat” part. When the water vapor rises from being boiled, it’ll be caught by the overhead trap. In the image, I drew one of those large tropical tree leaves, as they’re a decent example. But any waterproof fabric or material will do just fine. Like a raincoat, for example. Position the raincoat over the boiling water, leading off and downwards to another container.

D) The Other Container

Place another container suitable for holding water at the end of the raincoat. This will capture the evaporated water, where it will accumulate and drop down into the container. While some of the liquid will be lost to the air, it sure beats drying out like a lost starfish.

How to Catch a Fish Using Only Your Hands

Should You Grow The “Self Heal” Plant for Medicinal Use?

The Reason They say that “Cotton Kills”, Explained